It is not the critic who counts; not the one who points out how the strong person stumbles, or where the doer of deeds could have done them better. The credit belongs to the person who is actually in the arena, whose face is marred by dust and sweat and blood; who strives valiantly; who errs, who comes short again and again, because there is no effort without error and shortcoming; but who does actually strive to do the deeds; who knows great enthusiasms, the great devotions; who spends themself in a worthy cause; who at the best knows in the end the triumph of high achievement, and who at the worst, if they fails, at least fails while daring greatly, so that their place shall never be with those cold and timid souls who neither know victory nor defeat. 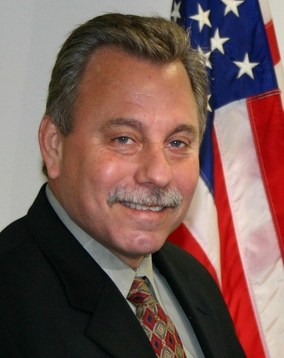 In the summer of 1993 at the age of 35, R.J. left the Florida Department of Corrections to pursue a law degree at Mercer University’s Walter F. George, School of Law in Macon, Georgia and graduated in the top one third of his class in May of 1996. While a student at the University, R.J. also worked as a Law Clerk for the Houston County District Attorney’s Office in Perry, Georgia. As a Law Student,  R.J. was on the Moot Court Board and Law Review for Mercer University in addition to maintaining his rank in the class and also served as Student Prosecutor during his law school career. 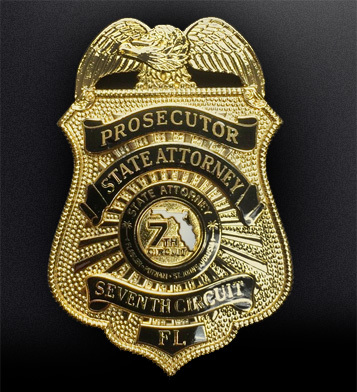 The State Attorney or designee, shall appear in the circuit and county courts within the Seventh Judicial Circuit, and prosecute or defend, on behalf of the State, all suits, applications, or motions, civil or criminal, in which the State is a party, unless otherwise provided by law. We shall seek justice by fairly and diligently representing the interests of the people of the Seventh Judicial Circuit and the State of Florida.

This office provides direction and leadership to the Criminal Justice System in the Seventh Judicial Circuit. The importance of our mission dictates that each employee focus their best efforts at achieving our goals. That requires each employee to exercise good judgment and professional behavior in performing their duties. All employees will be held to the highest standard of integrity in their conduct as it relates to their employment duties and the success of this mission.