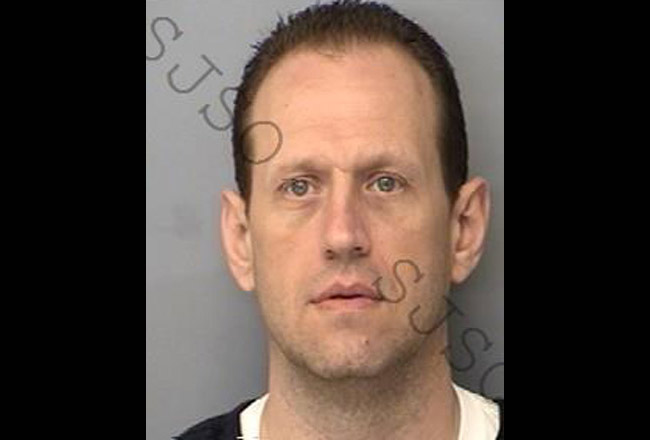 ST. AUGUSTINE – At the conclusion of an emotional sentencing hearing this morning, 38-year-old James Terry Colley Jr., previously convicted in the murder of his wife and friend in her north St. Johns County home, was sentenced to death today by Circuit Court Judge Howard Maltz.

In July of this year, Colley Jr. of St. Augustine was convicted on 2 counts of First Degree Murder, 2 counts of Attempted First Degree Murder and 3 other felonies in one of the worst crimes in recent memory in St. Augustine.  Colley’s shooting of his estranged wife Amanda and her friend Lindy Dobbins sent shock waves through the community.  He shot both victims to death as they begged for their lives.  Following the trial, the St. Johns County jury unanimously recommended that Colley be sentenced to death.

In pronouncing his sentence, Maltz told Colley his crime was cold, calculating, heinous, and atrocious.  State Attorney R.J. Larizza who attended the sentence while sitting with the victim’s families said of today’s sentence “for those who believe the death penalty to be barbaric, how would they feel if they were there to witness the cold and barbaric murders of Amanda and Libby?  It is our hope that the family will find some peace and comfort now that the defendant was held accountable for his actions.”

Colley Jr. will remain in custody of the local sheriff’s office until he is taken to death row by the Department of Corrections.  Homicide Investigative Unit Prosecutors Jennifer Dunton and Mark Johnson successfully tried the case for the State.  Dunton was the lead prosecutor.