Brenda A. Reynolds sentenced to life in prison

Daytona Woman Convicted of Murder Sentenced to Life in Prison

DAYTONA BEACH – A Daytona Beach woman convicted on September 10, 2015 of Second Degree Murder will spend the rest of her life in prison. Brenda A. Reynolds, 54, was sentenced today, November 30, 2015. Following her trial conviction in September, in which a Volusia County Jury took only thirteen minutes to convict, Reynolds was remanded into custody to await today’s sentencing hearing.

On July 11, 2014, Brenda Reynolds murdered Emma Sue Williams by stabbing her in the upper chest with a silver knife. The stabbing apparently stemmed from a dispute over some of the defendant’s possessions. Witnesses testified that Reynolds, after stabbing Williams, yelled from her front porch that she had committed a murder. 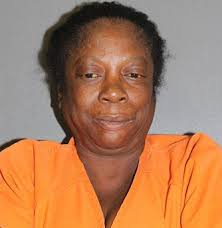